Everything You Need To Know About The VPN Protocols.

Sometimes, cyberspace can be a scary place.
One of the most fateful tools for any Internet user should be a trust-worthy VPN application. Virtual Private Networks, commonly known as VPNs, are integral towards privacy and personal information on the Internet.

VPN Protocols Explained – Which One Should You prefer?

What is a VPN Protocol?

A VPN protocol is a set of rules or instructions that will determine your data path between your devices and the VPN server.VPN providers rely on protocols to assure a stable and secure connection. VPN protocols certify and establish a communication channel with the VPN server.
Communication with any server is done on trust. The server has to verify its identity to the client, then negotiate a key to secure the session. A protocol defines what key exchange algorithm will be used to share the session key for encrypting divulgence, what algorithm that session key will be based on, and what hash algorithm will be used to ensure data integrity. 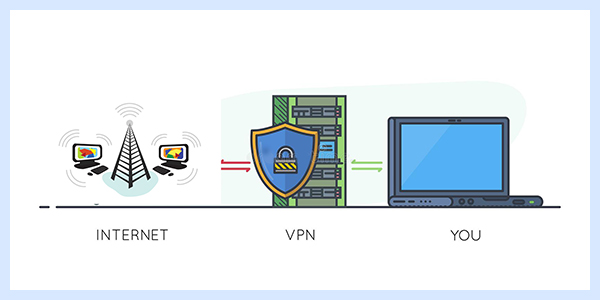 Let’s unearth some of the commonly used VPN protocols.

We only use trusted, open-source VPN protocols like openVPN, ikev2 and WireGuard.

OpenVPN is one of the most popular VPN protocols and is used by most of the VPN providers worldwide. It is the most common and the most used VPN protocol on the internet. It’s based on the Transmission Control Protocol. When combined with the Internet Protocol, they create a specific set of rules for how devices exchange information back and forth. It’s considered to be extremely authentic, especially when the utmost in security is needed. Offering up a blend of both speed and security, OpenVPN is available on many different platforms, such as Windows, Mac, Android, iOS. It comes in handy for users who want to bypass online restrictions since it’s hard to be detected by firewalls.

It is often defined as the “gold norm” of VPN protocols thanks to its reliability.

Wireguard is a comparatively new open-source VPN protocol that is still considered a work in progress.

It runs on every platform like Windows, Mac, Android, iOS and is said to have better performances than both OpenVPN and IPSec. While still being developed, it’s already available for assorted platforms. Because it’s so new, it’s not yet commonly found in a consumer VPN app.

One of the draws of Wireguard is that it’s enormously fast. The reason? This VPN protocol has many lines of code, while others have tens of thousands of lines. Less code also means less space for error.

The IKEv2 VPN protocol has become more and more popular over the recent t years – especially with mobile users. It’s not difficult to see why given how accomplished and secure the protocol is. IKEv2 stands for Internet Key Exchange volume 2, which was developed by Microsoft and Cisco and is paired with IPSec for encryption and authentication. Its main use is for mobile devices, either on 3G or 4G LTE, since it’s good at reconnecting whenever a connection is dropped.

A dropped connection typically occurs when a user drives through an underpass and temporarily loses surface, or when they switch from their mobile connection to WiFi.

This means that when you switch from a WiFi connection to a data plan connection on your smartphone, or move between hotspots, the SmartersVPN connection will remain static throughout the process without any drops.